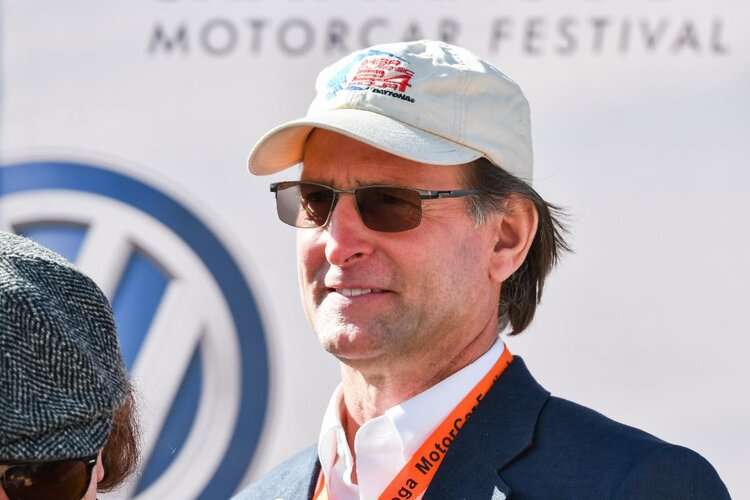 Jim Pace Will be Remembered at Chattanooga Motorcar Festival

The late Jim Pace, an accomplished race-car driver and the Event Chair and Chief Operating Officer of the inaugural 2019 Chattanooga Motorcar Festival, will be honored in a pre-race ceremony during this year’s Festival at the Pace Grand Prix at the Bend on Saturday, Oct. 16. The three-day Festival runs from Oct. 15-17, 2021.

Named after the personable driver and coach who spent more than three decades competing successfully in a variety of series and cars, the Pace Grand Prix will celebrate the life of this respected racing veteran who passed away on Nov. 13, 2020, from COVID-19.

The all-new purpose-built two-mile race course in downtown Chattanooga will be dedicated to Jim Pace’s memory. Notable supporters, industry leaders and friends will reflect on Pace’s contributions to the Festival and the sport. A number of other special events surrounding the celebration will be announced at a later date.

“It is hard to imagine that, after living the perilous life of a race-car driver with all its dangers, a healthy man like Jim could be taken away by a virus called COVID-19,” said Festival founder Byron DeFoor, in a heartfelt statement in 2020. “We all feel that we wish we had more time, more instruction, more of life’s racing adventures with him.

“We are privileged to have known him and worked with him, and this tribute is just a small gesture to honor the man whose Southern charm, talent and grace were unequalled.”

Jim Pace was born in 1961 in Monticello, Mississippi, and his racing career began in the Barber Saab Pro Series in 1988. He soon moved to sports car racing and won the GTU class at the 1990 24 Hours of Daytona. Along with co-drivers Scott Sharp and Wayne Taylor, Pace drove the Riley & Scott Mk III to victory in the 1996 24 Hours of Daytona. Later that season he competed for the same team in the 24 Hours of Le Mans. After years of only driving at Daytona, Pace returned to regular drives in the Rolex Sports Car Series GT class in 2007. In 2008 he drove a Porsche 911 for The Racer’s Group and in 2009 drove for Farnbacher Loles Racing.

At one time in his young life, Pace had decided to become a doctor. He majored in pre-med at Mississippi State, then entered the University of Mississippi Medical School in 1983. After three years and three days into medical school, he decided that racing cars would be his life and career. Pace resided in Ridgeland, Mississippi.

Events on the Pace Grand Prix at the Bend course during Friday and Saturday will include class races among a limited number of 12 competitors at a time. The new track replaces the Time Trials course used in 2019. Class designations may be found when registering at chattanoogamotorcar.com/the-pace-grand-prix/.

The 2021 Festival features the Concours d’Elegance, West Village Road Rallye, Mecum Auctions and The Pace Grand Prix at the Bend. Other family-friendly events will be scheduled and announced later. Additional information may be found at chattanoogamotorcar.com.

Event tickets will be available soon.

Event media credentials may be requested at chattanoogamotorcar.com/media-information/.

Photos from the 2019 Chattanooga Motorcar Festival are available online for editorial use only. Please provide credit as requested.

Proceeds from the Chattanooga Motorcar Festival support neuroscience research through Fifty Plus Foundation, Inc. Approaching a decade of supporting Alzheimer’s Disease and neuroscience research, Fifty Plus Foundation, Inc., created the Chattanooga Motorcar Festival to bring that support to a local level while funding research that will make a global impact. Learn more at chattanoogamotorcar.com.