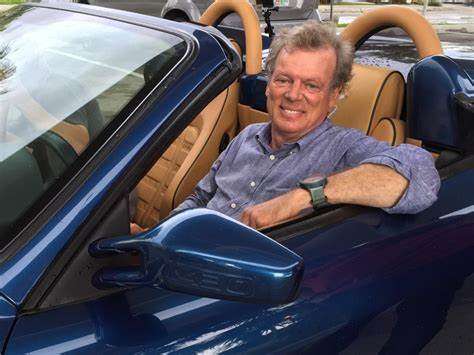 Keith Martin Selected as Guest of Honor and Event Host

We are delighted to announce that Keith Martin will join the Chattanooga MotorCar Festival as a Guest of Honor and Event Host.

Keith started the Alfa Romeo Market Letter in 1988 and by 1993 it had expanded dramatically into Keith Martin’s Sports Car Market to become “the monthly magazine for the collector car hobby”. As a successful writer, editor, publisher, television commentator, and event emcee, Keith still finds time to actually drive some of the cars he owns or (easily) manages to borrow! His breadth of enthusiasm among those at the top of their game – in the epicenter of the collector car world – is wide and reflects his eclectic background as a history scholar and major in dance at the Juilliard School in New York City which brought him to his founding of the professional Ballet Oregon. His reputation as an entertaining Event Host precedes him.

Donald Osborne Selected as Guest of Honor and Event Host | NEXT →